Western Omelette Frittata has all the great flavor of a traditional Western Omelette but in a baked dish. It’s made ham. eggs, onions, bell peppers, cheese. There’s a small twist with hash browns that gives it more flavor. 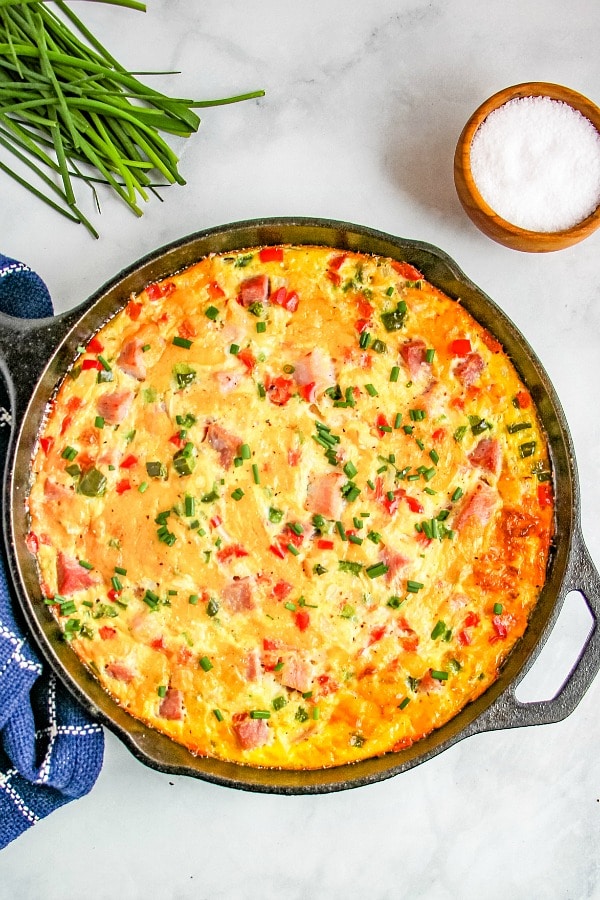 Brunch is my favorite meal. Don’t get me wrong I have a strong affection for breakfast, lunch and dinner. However my heart will always belong to brunch.

One of my favorite parts of brunch are omelettes. Most mornings I don’t have a lot home time to make eggs for breakfast.  So when we go out for brunch or even when I make breakfast for dinner omelettes are almost always on the table.

Recently I saw a recipe for a frittata on Pinterest that was made with ham and potatoes. That recipe inspired me to turn my favorite omelette into a frittata. 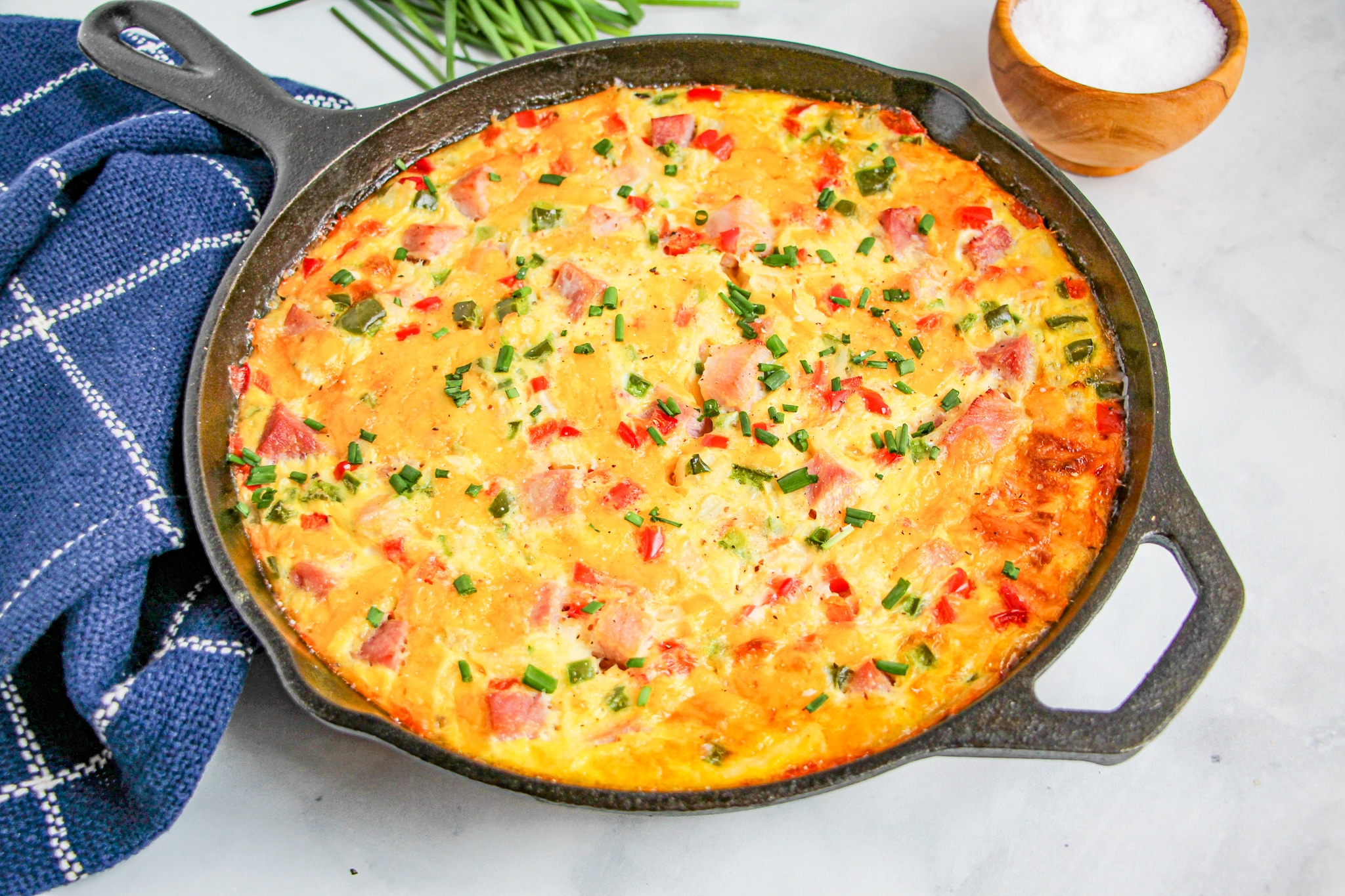 What is a frittata?

A frittata is an egg dish combined with other savory ingredients then baked in a cast iron skillet. Unlike a quiche frittatas do not have a dough crust.

For this Western Omelette Frittata the ingredients are: 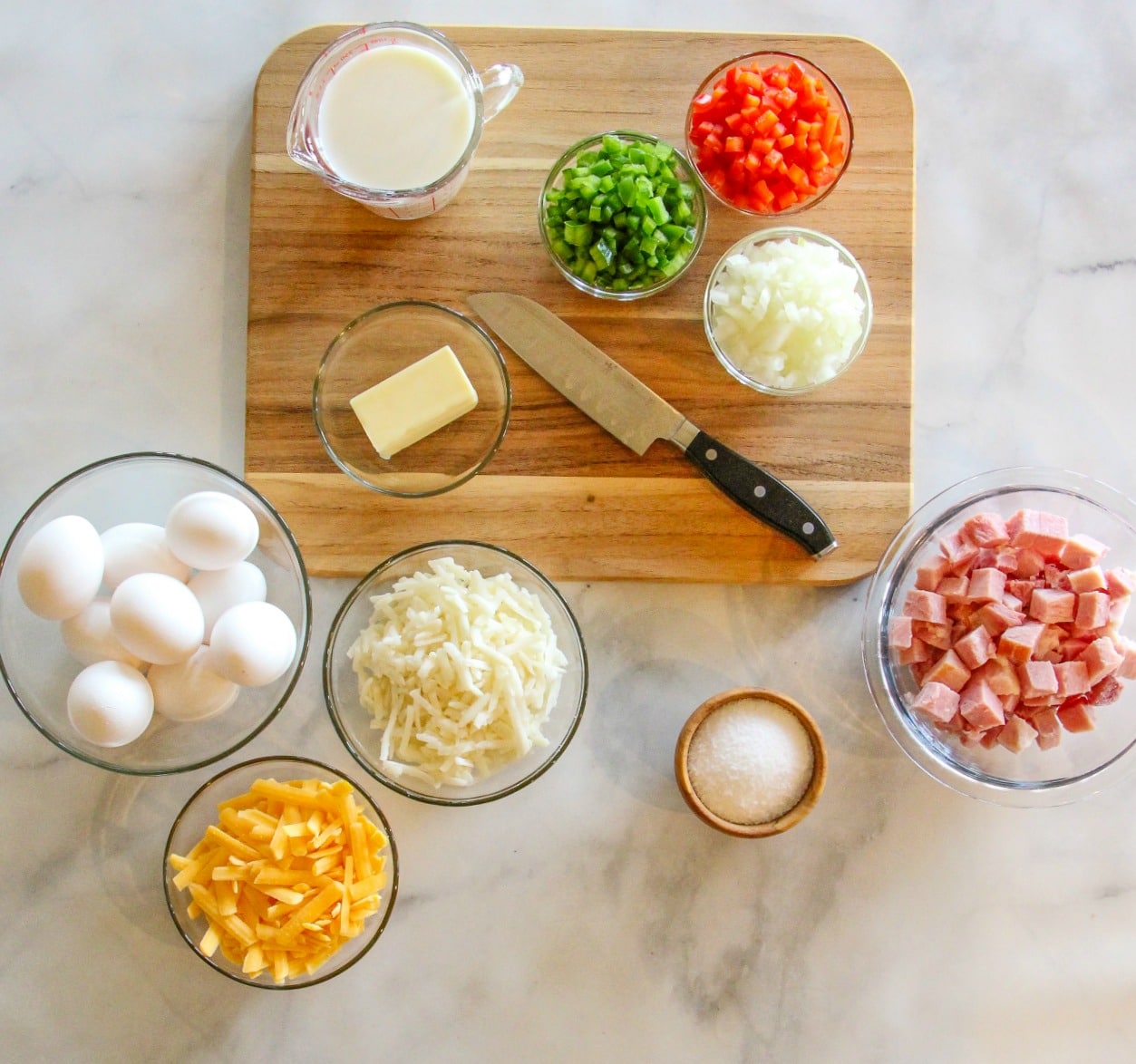 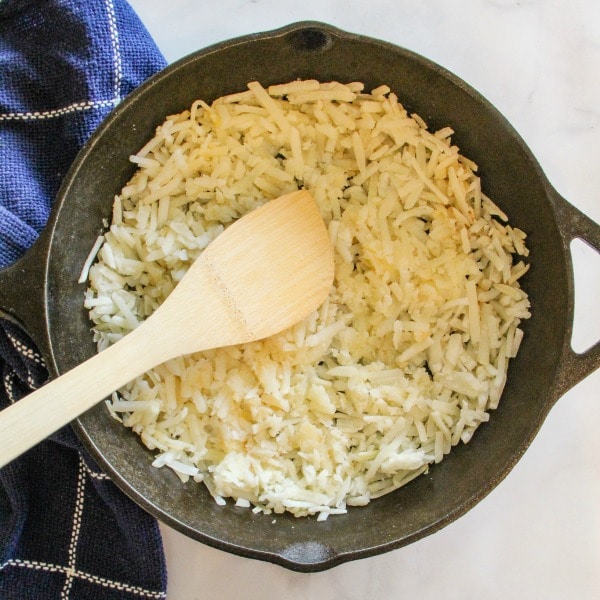 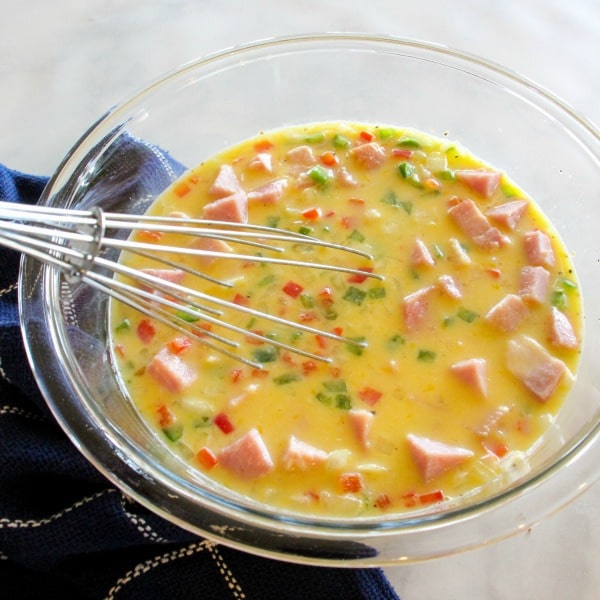 In a skillet melt butter then pour egg mixture into skillet, sprinkle with cheese 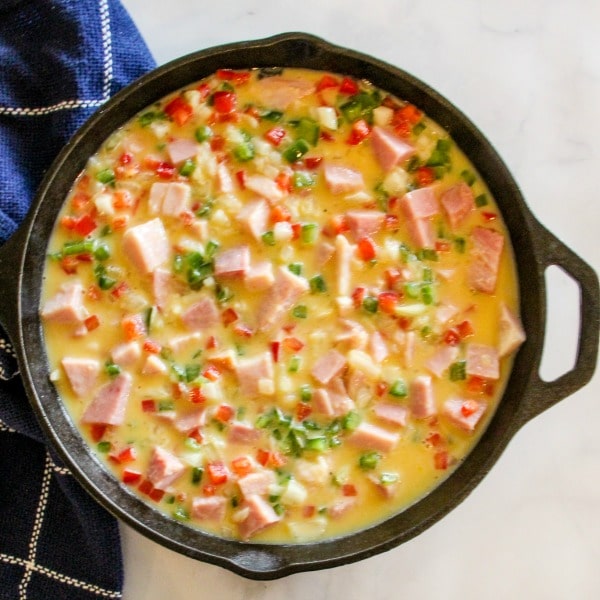 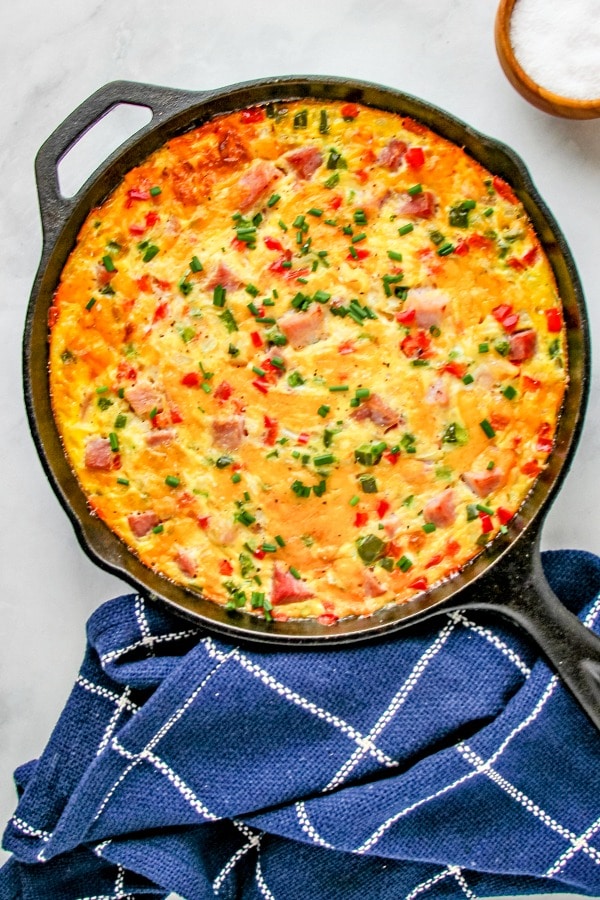 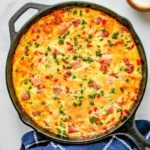 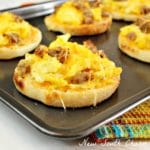 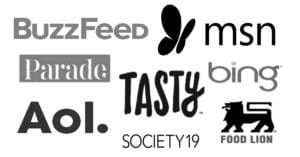